What Do You Need To Know Before Buying A Pomsky?

A Pomeranian Husky, also known as a Pomsky, is indeed a very cute new dog breed that people are going crazy about. Because of the natural beauty that comes with huskies, many dog lovers are curious to know more about them. But the big question is: do you have what it takes to own a Pomsky? This article will answer your question. 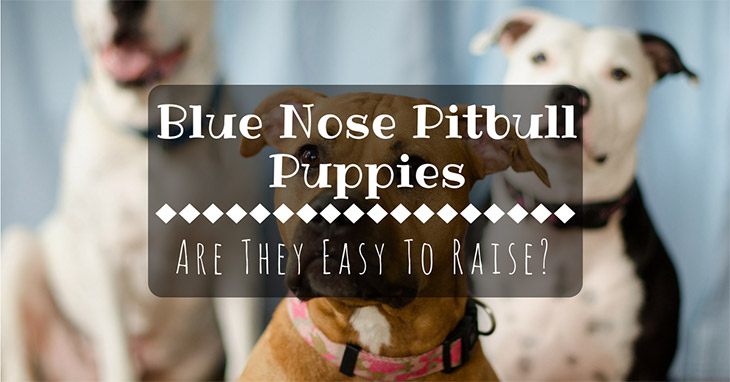 Are Blue Nose Pitbull Puppies Easy To Raise? What You Should Know

Most people become skeptical about raising Blue Nose Pitbull puppies. Unique by their nose color, a Blue Nose Pitbull is essentially part of the American Pitbull Terrier – only with a different nose. In fact, the AKC (The American Kennel Club) does not recognize them as a separate b﻿reed. They are usually coated with blue and black or tan and white combinations.

Like we said above, Blue Nose Pitbulls often get the same stigma as many Pitbulls out there – that they are dangerous, temperamental and aggressive dogs (which is not always the case). Are Blue Nose Pitbull puppies easy to train or not?

German Shepherd Puppies – What You Need To Know

German shepherds are probably one of the best choices for a working dog due to their intelligence, prowess and astounding loyalty to his master(s). Raising German shepherd puppies can be a handful, but with a lot of patience, you can definitely raise a healthy pup into a brilliant watch dog.

Sometimes the seriousness of life is just too much and you need to de-stress. What better way to wind down and clear your mind than looking at cute pictures of popular small dog breeds?

This super cute article may also help you find a specific small dog breed if you are pet hunting. Here are the top 8 cutest popular small dog breeds and why they have gained so much popularity.

How Much Are English Bulldog Puppies?
Top Things You Need To Know About White Lab Puppies!
Cavapoo Puppies: The Kind of Clingy But Adorable Puppies That Will Better Your Life In No Time
Happiness In A Small Package: Introducing The Black Pug
Do You Know Why Teacup Maltipoo Are The Best Option For You?